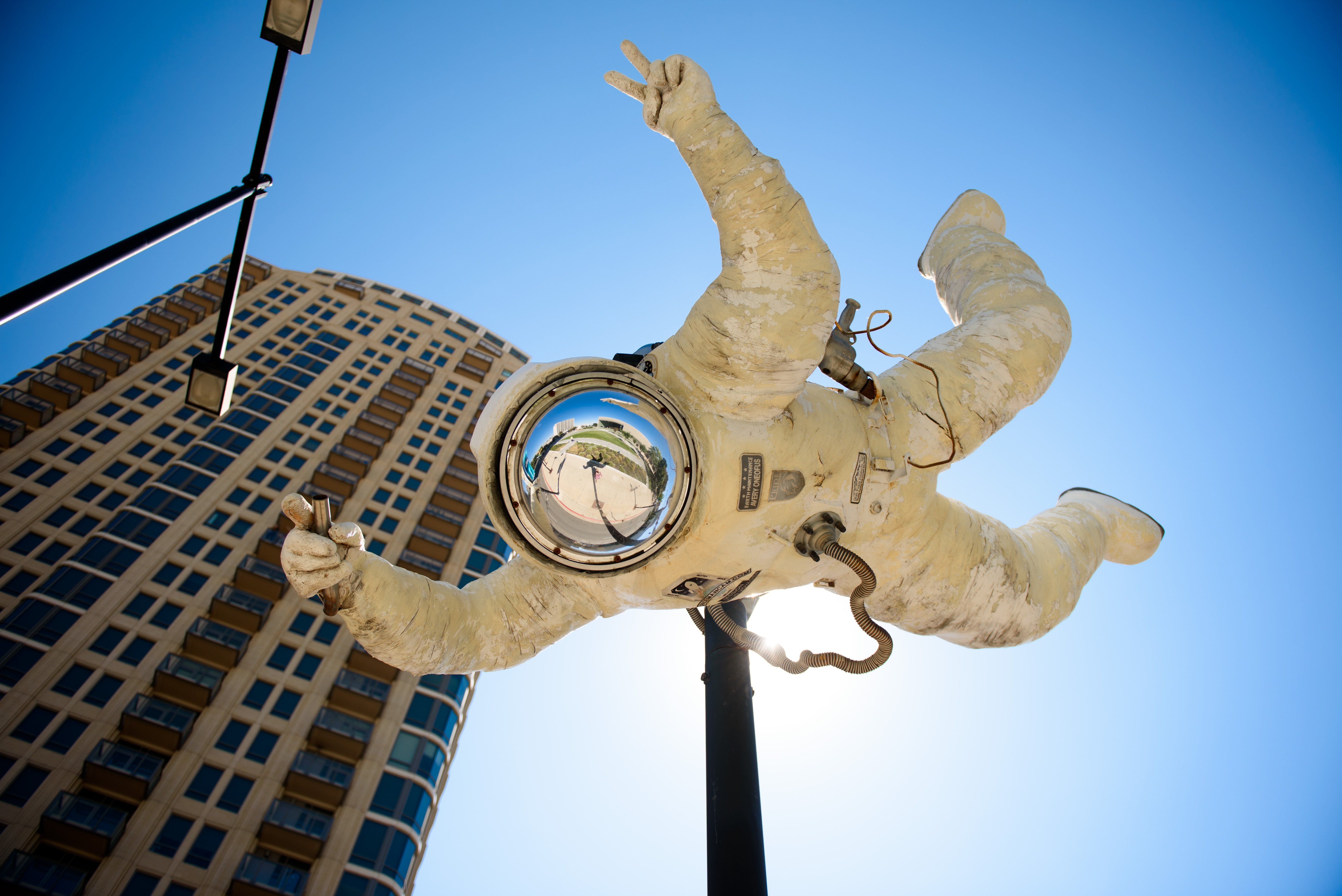 Downtown is made more whimsical, interesting and unique through arts and culture. Our one-of-a-kind murals, installations and sculptures all add to downtown’s colorful presence. 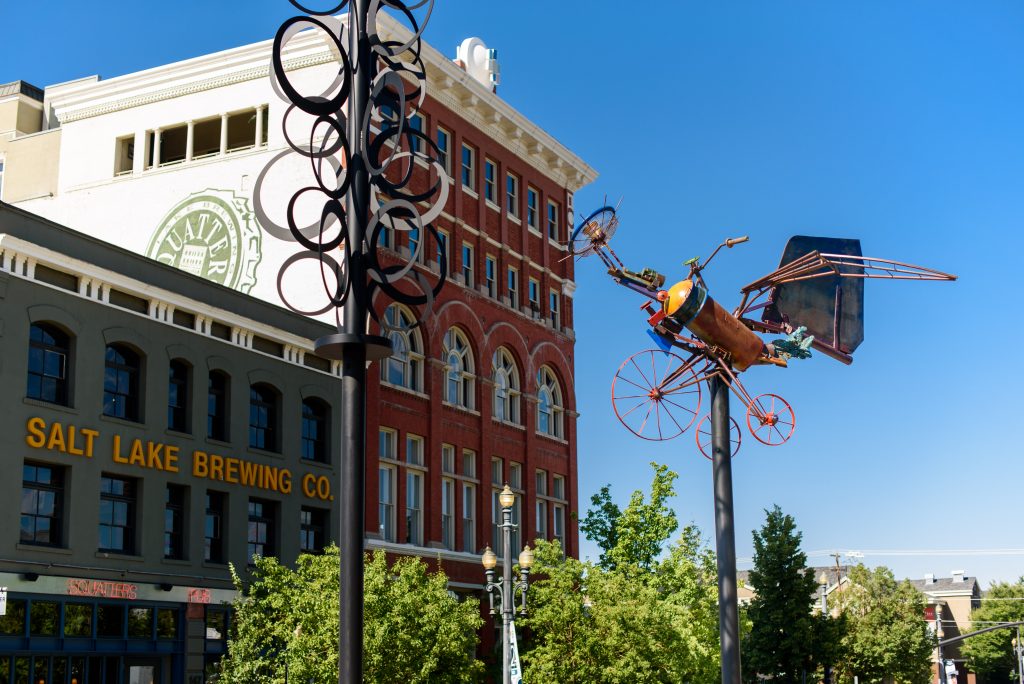 We’re privileged to have a plethora of public art downtown—art free and accessible to everyone— supported by both private and public entities. Utah’s capital city has a long-standing tradition of financially supporting artists and the arts, in all forms, to add to the city’s diversity and vitality. Public art, along with architecture, landscape, and people, create a unique identity distinct to our place.  Recognizing the social and economic benefits realized through an aesthetic experience in public spaces, Salt Lake City’s Public Art Program’s purpose is to add high-quality, site-specific artists’ work to natural and built environments. In fact, the formalized tradition of allocating 1 percent of eligible City project funds for commissioning artists for services and site-specific artwork to be integrated into new construction projects stretches back to 1984, when the City adopted a percent-for-art ordinance.

“The City’s long standing dedication to hiring and promoting local artists using a solid public art selection process has encouraged many artists to stretch their abilities and styles to the three dimensional,” says Kristin Beck, the Downtown Alliance director of urban activation. “The accessibility of these public art pieces engages and exposes the public in ways they would not have experienced otherwise.”

In addition to funding through the Percent-for-Art ordinance, the program partners worked with the Redevelopment Agency of Salt Lake City (RDA) to integrate public art in city-wide project areas. In 1990, the Board of Directors of the RDA approved and authorized a Percent-for-Art provision to be incorporated in development contracts executed by the RDA. In addition, many additional RDA public art projects are managed by the Salt Lake City Arts Council under the direction of the Salt Lake Art Design Board—a five-member mayoral appointed body. Since that time, the Arts Council has successfully partnered with the RDA on several projects in many districts with new opportunities arising on a regular basis.

One of the most recognizable and celebrated projects, The Flying Objects series, began in 2005 when downtown Salt Lake City was under considerable construction for City Creek Center, one of the nation’s largest mixed-use downtown redevelopment projects. The project was designed to stage a series of temporary, rotating sculptures, installed in three locations to add shape, color and interest to the streetscape through a curated series of sculptures in a range of styles and materials.

“The Flying Objects series has been cherished in our community and valued by our visitors,” says Beck. “It’s offered many local artists the opportunity to participate in a commissioned public art process and has garnered them an amazing amount of exposure.”

Since 2005, the Flying Objects project offered more than 45 established and emerging Utah artists an opportunity to participate in a temporary public art project and create one-of-a-kind sculptures. Each of the first four series was installed for a period of two to three years.

If there was ever a Flying Object you were particularly fond of—say the UFO, the “paper” plane, or the man on the trapeze—feel free to reach out to the Salt Lake City Arts Council because they could be yours! After each object’s temporary run above the street, they were returned to the artist to sell, repurpose or enjoy. Many have been given new homes in public and private spaces, but some are still available.

After the fourth round of Flying Objects was completed, it was determined that the fifth iteration of the series would be a final, permanent installation. And in April this year, 18 new sculptures were erected above the 300 South medians from 400 West to 300 East. The new series has already begun to weave itself into the cultural fabric of our community and will be an amusing and beloved chapter in downtown’s evolving story for years to come.

Gileadi Dance Co
The Minds Behind the Magic