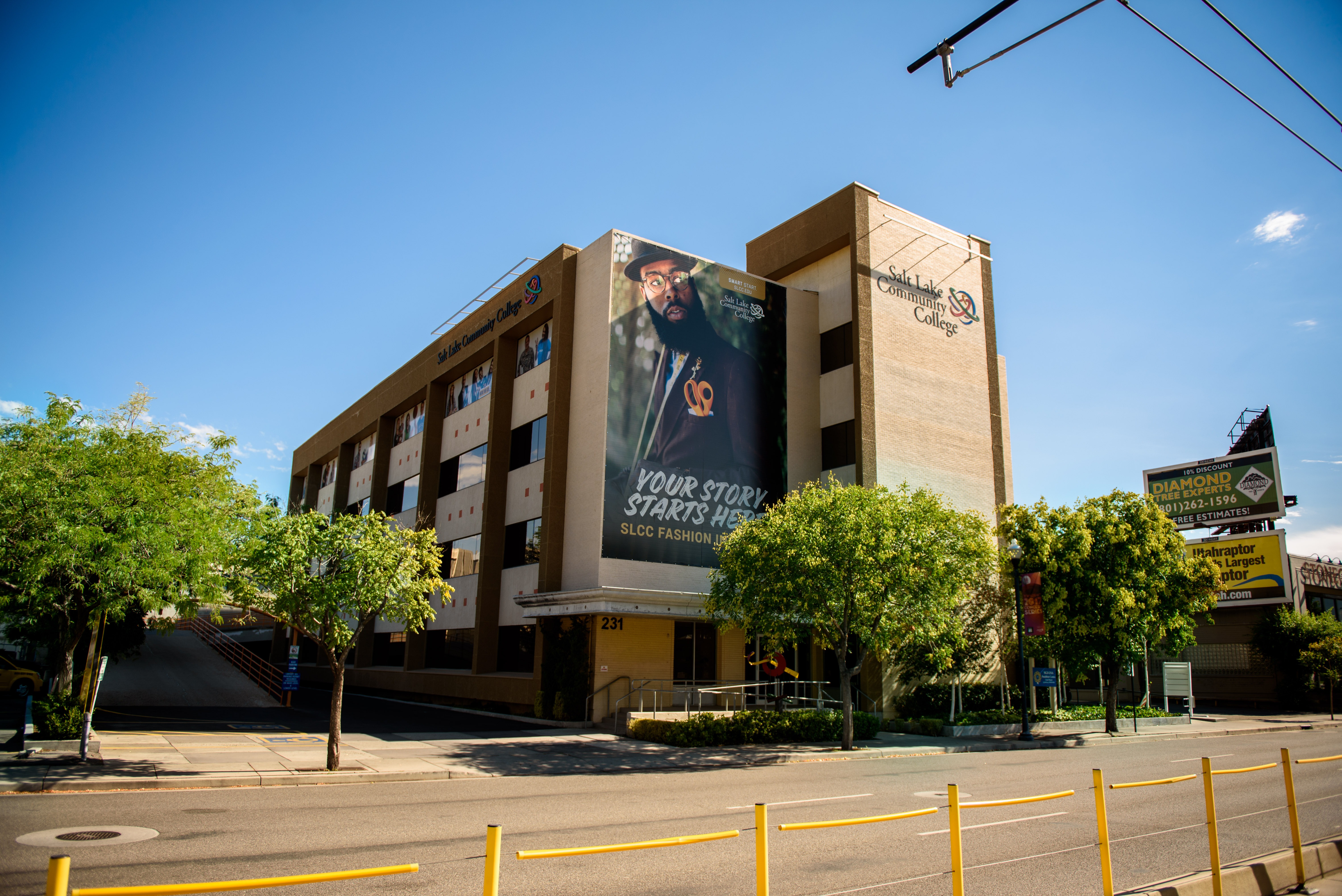 In Fashion at Library Square

In Fashion at Library Square

Many downtown regulars might scratch their heads if they saddled up next to a student at Bar X who said they were enrolled in fashion school a couple blocks away. But it’s true: amid the buzz of 400 South and the City Library, the Salt Lake Community College Library Square campus sits, serving as home to the school’s fashion institute, interior design program and paralegal program.

While TRAX trains hum along, library patrons come and go, and diners line up for their favorite Stoneground pizzas, a few hundred students take their courses inside the college’s unassuming yellow building. 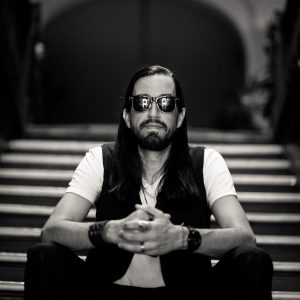 Fashion institute adjunct professor Matt Monson says he was invited to teach at the school’s downtown campus because he’d long been embedded in Salt Lake’s art and fashion scene. An artist and Broadway clothing boutique owner, he featured all locally made clothing, jewelry and accessories at his shop. He founded the first Salt Lake Fashion Strolls, a sort of foil to traditional fashion shows—the city street served as runway, boutiques threw open their doors, and students and designers showcased their craft.

By joining the fashion college’s faculty, Monson was able to represent Salt Lake’s deepest and most authentically local design community. And he had the chance to cultivate it and share his knowledge and network with up-and-coming students.

“If you’re looking for traditional runway-style fashion, go to New York or Paris. But if you want something rooted in Salt Lake’s unique blend of urban and outdoor fashion, this is an incredible place to study,” Monson explains. “In fact, outdoor fashion and fashion that bridges the outdoor and urban world is one of the fastest-growing sectors in the fashion industry. And we’re in the perfect place to create it.” 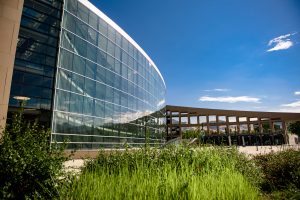 Living and designing in downtown Salt Lake has given teachers and creators like Monson and his students access to the city’s unique advantages. “It’s been a much more affordable place to live than larger fashion hubs, which allows a lot more experimentation and creativity,” Monson adds. “And the scene is well established enough that we have costume designers, artists and boutique owners within a few blocks.”

“I lived downtown the entire time I was in Salt Lake Community College’s fashion program. I could commute to campus on bicycle, and I could jump on TRAX to get to a fabric store or buy other supplies. I could step outside the building to get a coffee or lunch, or go out in the evenings with other students. I never had to worry about bringing lunch. There was always something good to eat close by,” she smiles, noting that the Gourmandise Bakery was a particular favorite haunt.

By being downtown, the campus never felt strictly scholastic. It offered all the necessary resources but was well integrated with the rest of the community.

“The thing with a fashion program is that you need to be on campus for quite a few hours in the day, so you have access to the sewing machines and other equipment. You’re not just on campus for class—you’re there the entire time you’re working on anything. It’s a lot of hours in one place, so it’s lucky that we were able to get there so easily on public transit and have so many options for eating and nightlife right outside the building,” Sullivan explains.

Sullivan started attending the program five years ago, without determining at the outset that she wanted to get a fashion degree. She simply had an interest in sewing and was teaching herself to do it with a borrowed sewing machine. A friend mentioned the community college’s downtown campus had sewing construction classes. Sullivan applied, just to improve her sewing machine skills. But she caught the bug and stuck around.

“Pretty soon, I’d taken every class they offered and earned my degree,” she laughs. “It really started out as ‘Oh, maybe I’ll take this class—oh, and maybe that one too.”

Monson explains that many graduates of the program forge successful careers while staying local.

“It’s wonderful to see people committed to following their passion while staying rooted in Salt Lake,” he says. “And it does make some sense logistically as well—we’re within 10 hours of any major western city, and six [driving] hours from the biggest fashion trade show in the world, MAGIC Las Vegas.”

Having a campus downtown helps give students a leg up as they start their own careers post-graduation. “By the time they graduate, they’re well networked with our local boutique owners, who all care about nurturing this community and supporting fellow fashion entrepreneurs.”

Pro skier and clothing entrepreneur Julian Carr is one example of a local designer finding strong support for his brand, Discrete.

“Julian came into my Model.Citizen boutique years ago, looking for boutiques willing to carry his line of beanies. There were only a few carrying his product then, but now, with a groundswell of enthusiasm and support, his brand has blossomed into a full lifestyle clothing line that’s distributed internationally,” says Monson.

The downtown campus’ program boasts a number of local students and artists who have found success and branched out nationally as well after learning, growing and incubating in the Salt Lake scene.

“Andrea Black, a graduate, started Elizabeth Jane clothing, which is doing well in local boutiques and gaining traction nationally too. And the founders of the local shop Zuriick produced some incredible clothing and shoes before going on to their next projects,”says Monson. “And Jordan Halverson just keeps producing cool and unexpected clothing, like in a recent show where it was sequined everything, including luchador masks.” 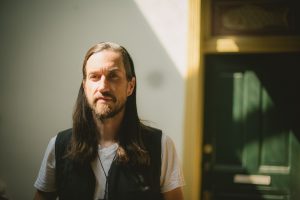 Monson says he hopes Salt Lake continues to be a lively hotbed of creative and cultural activity that nourishes just these kinds of students and artists.

“It’s really up to us as a community to keep prioritizing culture,” he says. “As long as the downtown community stays affordable and livable, we’ll have plenty of passionate people fueling a thriving creative environment for years to come.”

The Minds Behind the Magic
Three downtown hot spots