You’ll never again have to ask the question,
‘What should we do tonight?’

With streets designed by Brigham Young to be “wide enough to turn a team of oxen,” downtown Salt Lake City would seem primed for large-scale outdoor events throughout the summer months. And indeed it is. Close your eyes and point to a calendar spanning Memorial Day to the end of October, and you’re sure to land on a day of an open-air market, concert, and/or festival. But, three downtown venues and adjacent streets are particularly well-suited for warm weather celebrations, and include the Gallivan Center and Gallivan Avenue, the McCarthy Plaza and Regent Street, and The Gateway and Rio Grande Street. 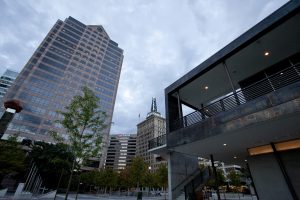 Established in 1993 and then solidified as a gathering place during the 2002 Olympic Winter Games, the Gallivan now hosts a wide variety of events throughout the year ranging from concerts and movie nights to culinary festivals and ballroom dance instruction.

“Community involvement is our edict,” says Kristen Young, Gallivan Center events manager. In the winter months, the Gallivan’s ice rink is a bustling hub of activity (as well as the Center’s financial backbone), while special events rule this space throughout the spring, summer and fall. The energy created there spills over to the thoughtful, independent businesses located along Gallivan Avenue, including Pulp Lifestyle Kitchen, Bangkok Terrace, and Good Grammar Speak EZ & Bar.  Alamexo has been a block anchor, literally and figuratively, for several years with its State Street location adjacent to Gallivan Avenue. 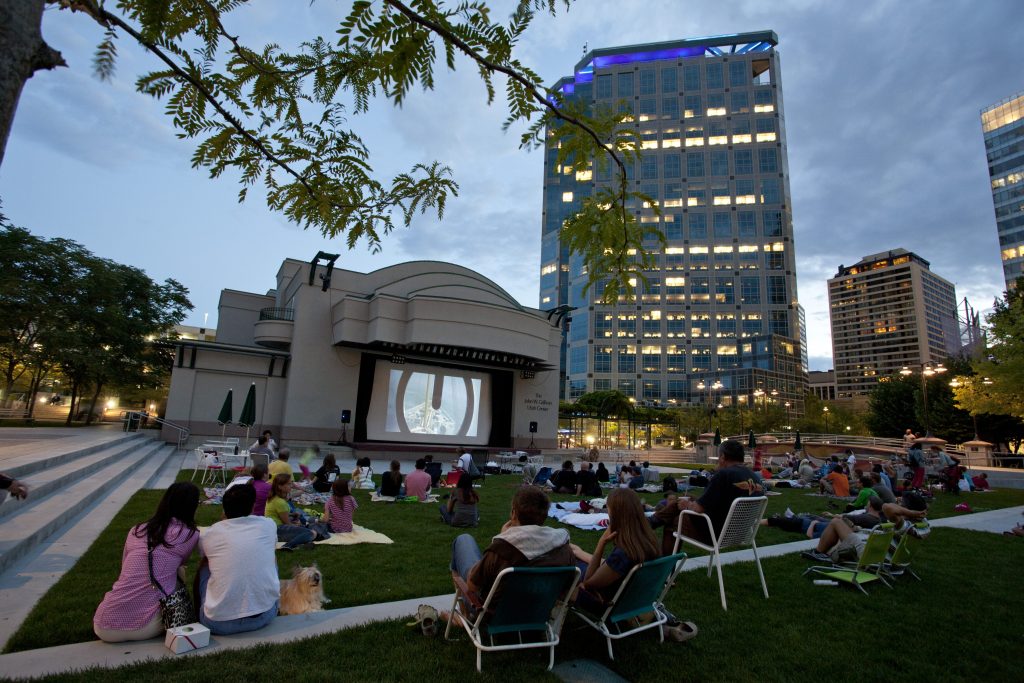 Close by the Gallivan Center is Salt Lake City’s newest outdoor venue, the Eccles Theater’s McCarthy Plaza and the spiffed up Regent Street.

Located at the back entrance of the theater, the plaza’s main purpose is as a load in and out venue for Broadway shows booked at the theater.

When not occupied with this utilitarian function, the plaza will serve as a distinctively urban venue for occasions ranging from live music and street fairs to culinary events and film screenings (the large wall of the adjacent Walker Center is an ideal video or graphic projection surface). “We’ve had a lot of interest in events and activities for the McCarthy Plaza,” says Melinda Cavallaro, Salt Lake County Center for the Arts associate division director. “And though, due to continued construction on the buildings surrounding the area, we’re not in the position to announce any kind of specific programming at this time, we look forward to the McCarthy Plaza being a strong event asset to the downtown community.”

Regent Street, which feeds into City Creek Center to the north and the Gallivan Center to the south, will eventually feature more than $2 million in commissioned art pieces. Watch for restaurants and other businesses to open along the street on the ground level of the 111 Main office tower later this year.

Finally, a downtown destination on the cusp of a bona fide renaissance is The Gateway and its main thoroughfare, Rio Grande Street.

The Arizona-based Vestar Corporation purchased this open-air mall in January 2016 with a promise of re-imagining the tired property as a vibrant, year-round destination. Vestar has already spent $30 million on long-ignored maintenance issues and beefed up security. Future plans call for outfitting the entire mall with free public wireless, public art, distinctive furniture, great dining, textural landscaping and digital signage with real-time transit schedules. A new ice rink where the Olympic fountain is located and new performance stage for concerts are slated to become part of the property as well.

But what’s perhaps most exciting—and enticing—about what The Gateway’s new steward’s have in store for this property is the coming year’s jam-packed schedule of special and recurring events.

“Our goal is to re-establish The Gateway as the center of downtown,” says Edie Trott, marketing director for The Gateway. “We’re working hard to put together a slate of events that are interesting, compelling, fresh and new.”

To help accomplish this goal, Vestar is awarding organizations that host events and festivals at The Gateway through 2018 with $5,000 grants. What’s more, if an event reaches attendance of 10,000 or more people, Vestar has pledged to double that sponsorship.

This new era of programming at The Gateway was kicked off in March with the Golden Spike Comedy & Podcast Festival. The four-day event featured performances by more than 75 comedians and podcasters from around the country—including Margaret Cho, Jimmy Pardo (Never Not Funny podcast), Dave Anthony (The Dollop podcast), and Brad Williams and Adam Ray (About Last Night podcast)—at The Gateway’s Wiseguys Comedy Club and other locations throughout the mall.

Other new events planned for The Gateway include a celebration of light-based technology, loosely titled Illuminate and scheduled for November 2017; and a newly conceptualized, multi-day holiday celebration in December. Don’t worry—The Gateway will continue to play host to the marquee street events along Rio Grande Street that residents and visitors have come to expect, celebrations like the annual St. Patrick’s Day Parade, the Utah Foster Care Chalk Art Festival (June 16 – 18), and Festa Italiana (September 16-18).

For details about these and other events at The Gateway, visit shopthegateway.com.

In Fashion at Library Square
A guide to downtown Street Art