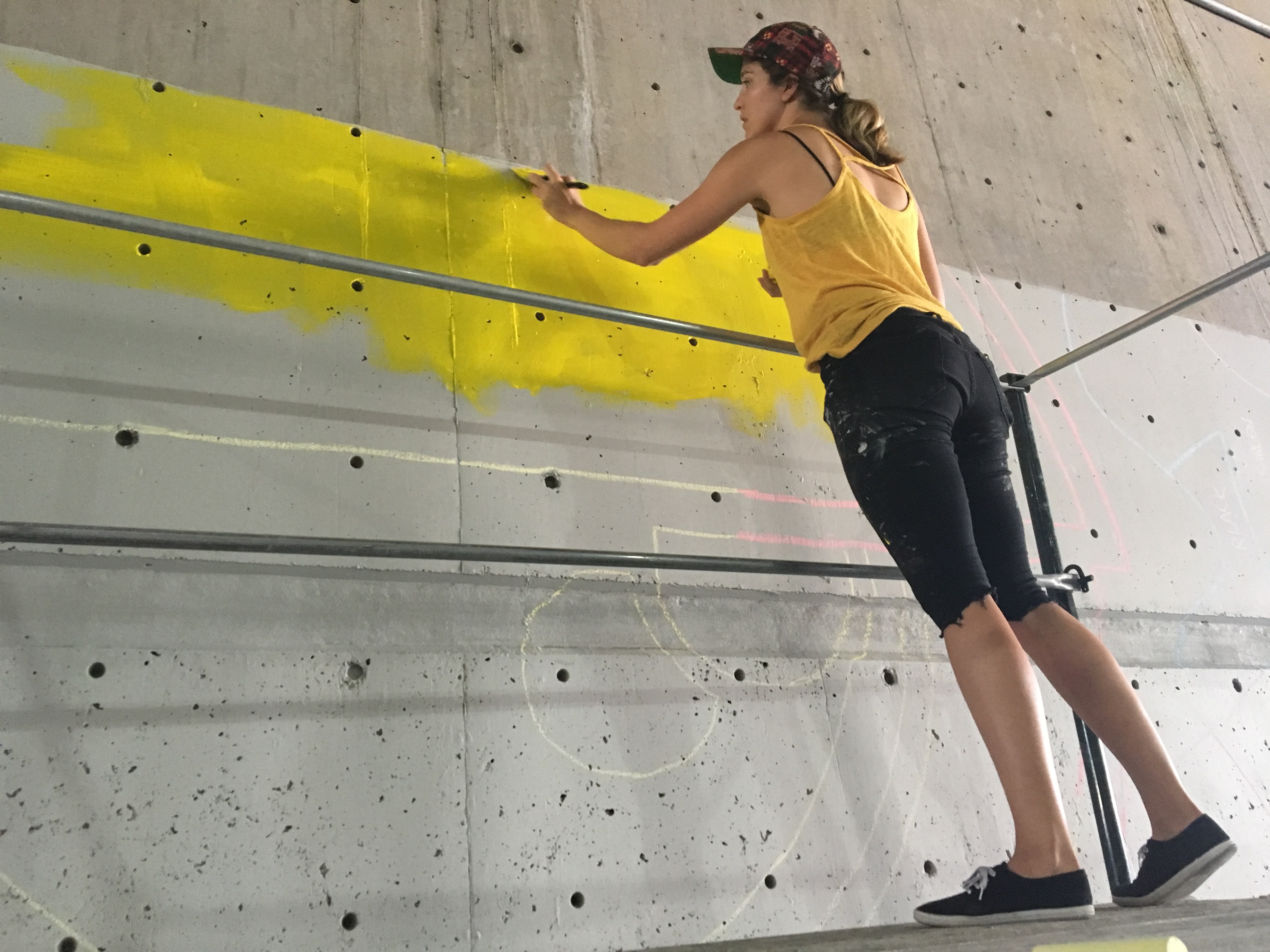 Leave your mark on THE BLOCKS! Utah’s premier arts, cultural and entertainment district invites you, the public, to come down to the 200 West underpass under the Calvin L. Rampton Salt Palace Convention Center this Friday and Saturday to fill in a paint by numbers style mural. Six talented local artists will outline and complete unreachable sections of the 150 foot wide mural before the public is invited to complete the project. In addition to the mural, Friday and Saturday will feature food trucks, beverages, Artes de Mexico, UMOCA’s Art Truck, live music and more. Join us Friday from 4 – 8 p.m. and Saturday from 11 a.m. – 5 p.m.

Meet the artists behind the 200 West Community Mural 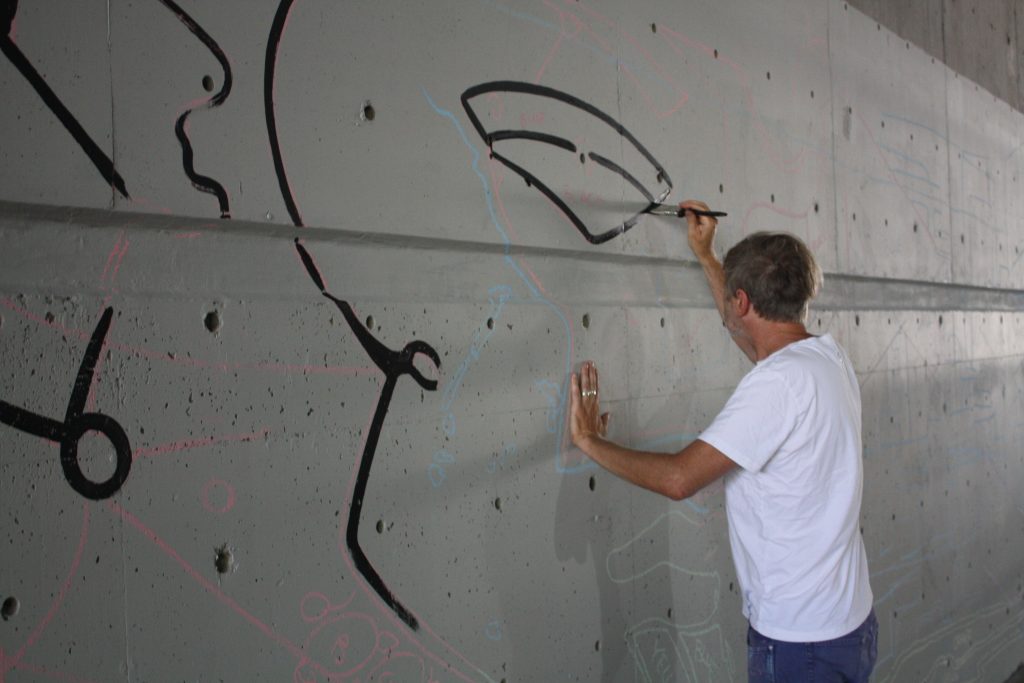 Artist Traci O’Very Covey was born in Salt Lake City and received a Bachelor of Fine Arts from the University of Utah where she studied drawing, painting and graphic design. She is known for her lyrical paintings of intertwining elements from nature and overlapping symbolic – often allegorical, figures. The various elements in her art interact and mingle harmoniously with a strong interplay between color, shape and line creating dynamic and unified compositions that offer a sense of discovery. “I am inspired by the spirit of nature, and the grace and joy of everyday.”

Traci’s art has been exhibited in various galleries, museums, auctions and is in private and corporate collections. Aside from her fine art career, she has been an award-winning graphic designer and illustrator for over 30 years. Her work has been featured in national design publications and she has illustrated and designed several books. Some of her most locally visible art has been commissioned by Utah Opera, Utah Symphony, Ballet West, the Farmers Market, Utah Museum of Contemporary Art, and Salt Lake County. She has completed three public murals and a public sculpture, was recently selected as a mural artist for “Whimsy Walls” in the Salt Lake City Airport expansion, and is currently working on a metal sculpture commissioned by Salt Lake City Arts Council to be installed Fall of 2018.

Chuck Landvatter was born and raised in Salt Lake City, Utah. He holds degrees at the University of Utah (2008), and Utah State University (2013). For years Chuck taught as assistant professor at Southern Arkansas University but has recently returned to teach at USU. His work is informed by his experiences growing up in the Intermountain West, primarily involves the figure, and is executed with a hybrid approach involving traditional & contemporary techniques, illustration, and graffiti. 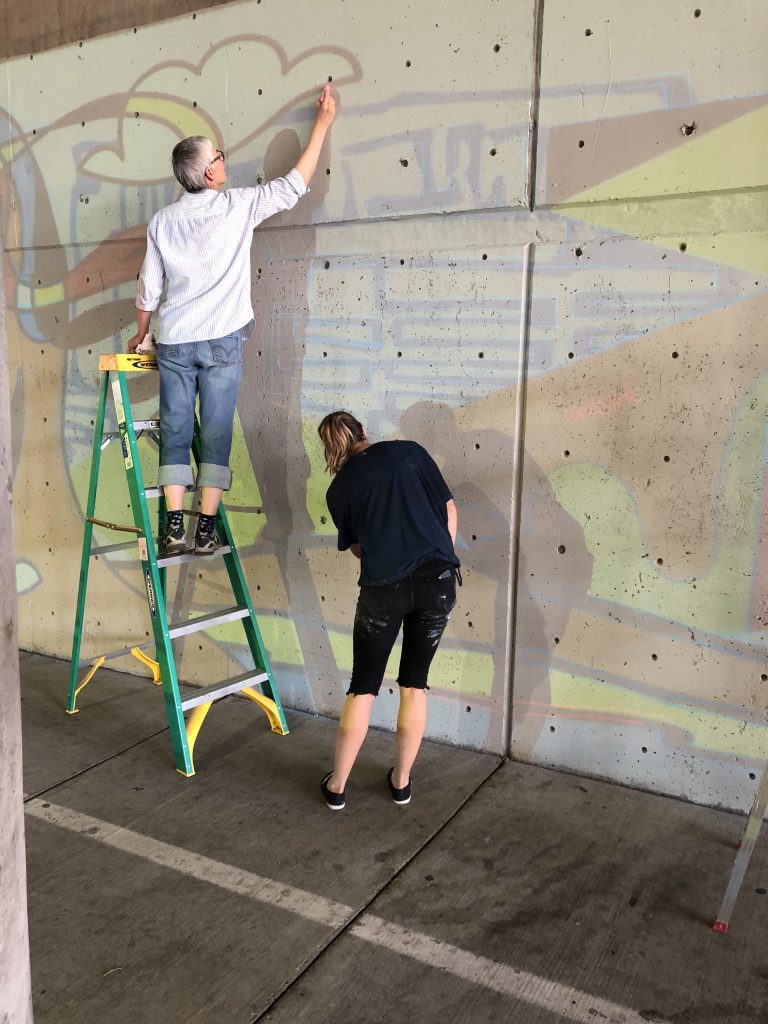 Matt is a SLC artist from the Guthrie Artist Studios – located downtown at 158E 200S. These historic studios have inspired many of Salt Lake City’s notable artists, and has served as home base to Matt’s creative work since 2009.

Matt is a child of the world, following his father’s international teaching career through childhood with years spent in Okinawa Japan, London, Wurzburg Germany, Cambridge England, and later to Manila, Philippines. Until only recently, most of Matt’s life was lived outside US borders. In a twist of fate, Matt planted roots in Salt Lake City in 2000, and has stayed there for the most part ever since. He is a father to his 10 year old daughter, Kaya, (also a budding artist,) and teaches at SLCC’s Fashion Institute on the subjects of digital design, entrepreneurship, visual merchandising, and retail buying + management.

His collector base includes his mother, family, friends, and collectors from as far away as Seattle, Japan, and Berlin. His signature SLC tryptich original hangs in the New Arts + Media Center at Salt Lake Community College’s South City Campus.

A sense of place, and of home, is found frequently in Matt’s work, as well as foreign artistic influences, ideas, and philosophies that rubbed off from childhood. Matt is an avid hiker, naturalist, and explorer – and a lover of wild Utah. This also heavily influences his work.

Evan graduated from the University of Utah in 2012 with a BFA. He’s had four solo art shows. and have participated in numerous group shows. Evan has done small murals and installations for various art shows. concerts. and public art projects. He’s also done design work for a wide variety of projects. 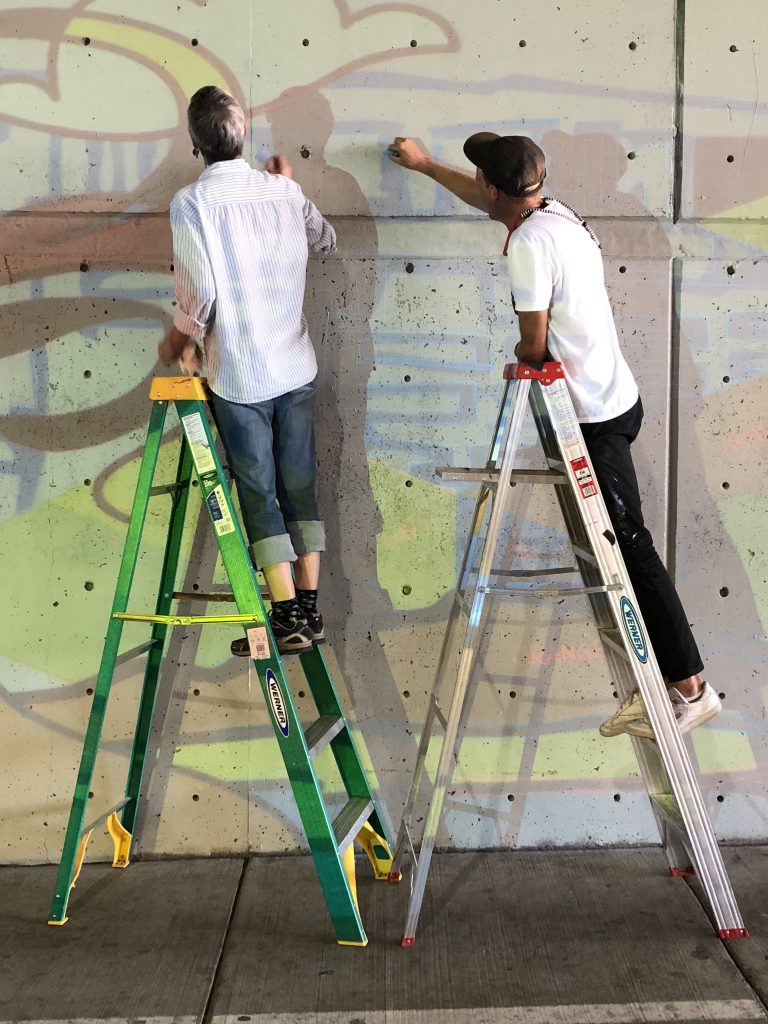 Being an artist from a young age, it has been my passion to combine my love for biology and fine art in all facets. Graduated 2016 from the University of Utah with a Bachelors of Fine Arts in Printmaking, with a minor in Integrative Human Biology. This double whammy of interests drives my work to embody the fine characteristics of both. You can find me sketching in coffee shops downtown, attending gallery stroll, and backpacking the beautiful landscape of southern Utah.

5 Ways to Discover What THE BLOCKS Have to Offer
Call for Artists: Urban Plein Air