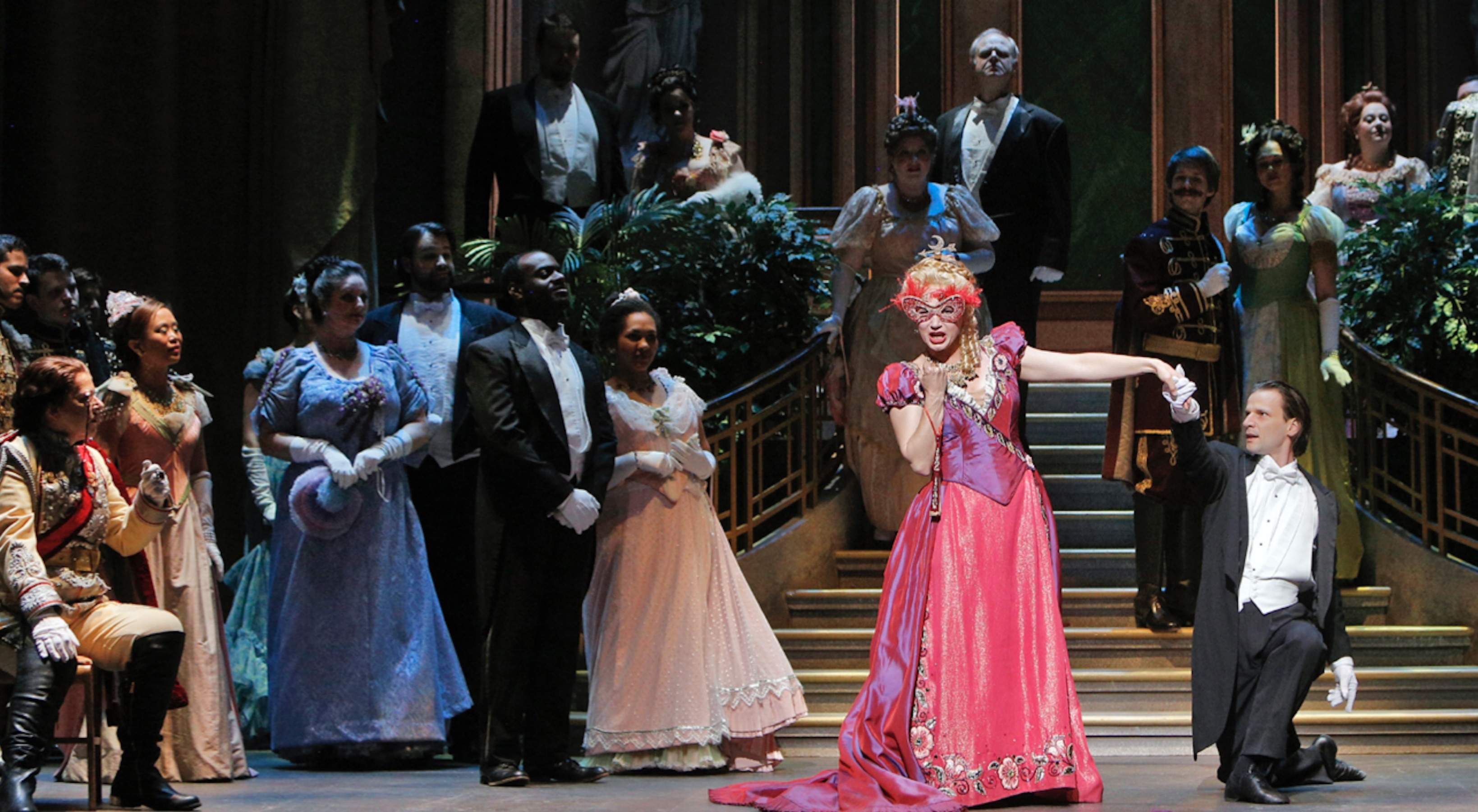 From a distinguished past to a bright future

by Downtown The Magazine

Rewind 40 years to 1977, and Utah’s performing arts landscape was young but full of promise. Ballet West was beginning its 15th season and Utah Shakespeare Festival had just marked 15 years of operation. Utah Symphony Music Director Maurice Abravanel was celebrating 30 years of transformative leadership, overseeing the organization’s evolution from a part-time Depression-era ensemble into a full-time orchestra.

This same year, Utah-born tenor Glade Peterson launched Utah Opera with education in Utah schools followed closely by its first production of Puccini’s “La bohème” in January 1978 (the opera scheduled to open Utah Opera’s 40th Anniversary Season in October 2017 in commemoration). His dream? To provide Utahns with access to the great operatic tradition he had grown to love after more than a decade of singing at top opera houses in Europe and the U.S. 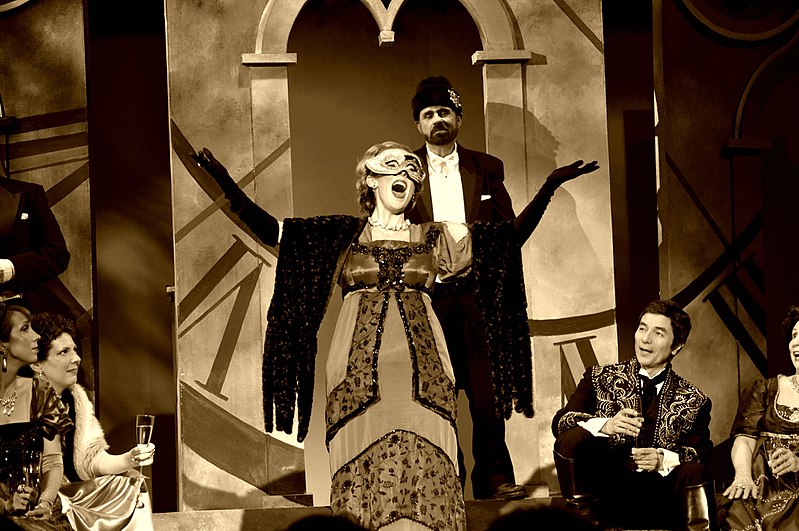 During the company’s first 12 years, Glade developed the Utah Opera Company from the fledgling stage to a company known as the fastest-growing in its budget range in the country.

Utah Opera outreach programs in schools also blossomed under his vision as the company introduced the art form to students throughout the Intermountain West. Glade’s passion extended onto the national stage, where he served on the board of OPERA America and for the National Endowment for the Arts’ opera panel.

Glade’s legacy of support for home-grown talent – from artisans, craftspeople, local opera performers and musicians – set the stage for a tradition of excellence that continues to this day.

Utah Opera is known for staging innovative productions at the Janet Quinney Lawson Capitol Theatre from both the standard repertoire as well as the American Opera canon, featuring rising international opera singers. The Utah Opera Production Studios are a state-of-the-art resource where new sets and costumes are created, built, and stored. They house an inventory of 24 full production sets and a warehouse of meticulously cared-for costumes for 45 full productions, and are home to a rentals program utilized by many other regional opera houses. Most seasons, in addition to the four mainstage Utah Opera productions, the Production Studios provide costumes (with alterations provided by an in-house staff of stitchers) and sets for as many as 18 other productions across the country.

As the company celebrates its 40th Anniversary Season, it will utilize the talents of its costume and scenic artisans when it presents the Utah debut of American composer Jake Heggie and librettist Gene Scheer’s “Moby-Dick” in January 2018, featuring all new costumes and sets constructed at Utah Opera’s Production Studios. 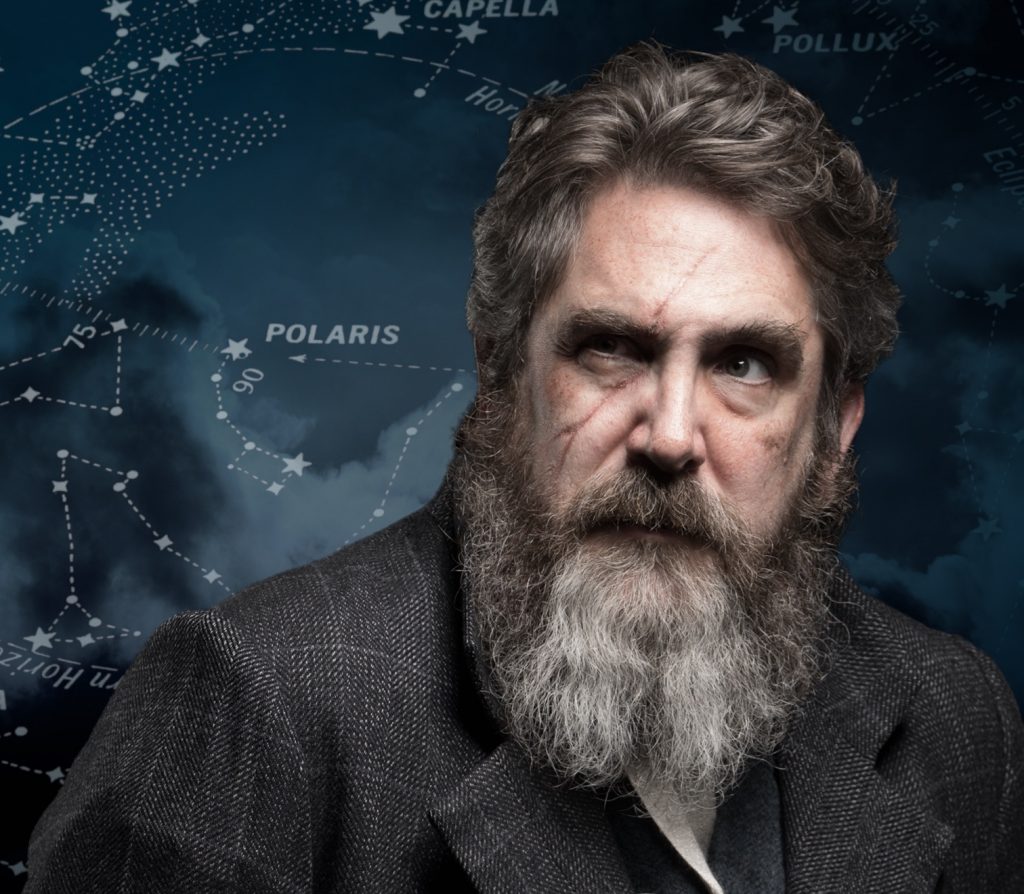 An adaptation of the classic novel by Herman Melville, “Moby-Dick” was first co-commissioned by Dallas Opera and four other opera companies and, since its premiere in April 2010, has become one of the most successful operas of the new millennium.

Utah Opera Artistic Director Christopher McBeth spoke with Heggie and Scheer about the success of their opera five years ago. “The original production…is of such a grand scale that it only fits a few stages in the world, and [I] said ‘Wouldn’t it be great to give this opera even more life and create a production capable of playing in as wide a variety of theatres in the U.S. and beyond as possible?’” explained McBeth. “Knowing the reputation of Utah Opera’s scenic and costume artisans, they enthusiastically agreed and gave their blessing for us to create a new production to introduce this powerful, modern masterpiece to many more audiences across the country.”

The new Utah Opera production, co-produced with Pittsburgh Opera, will reimagine the opera’s storytelling arc, featuring a versatile set designed to adapt to a wide range of theater stages, making it possible for more companies to present this important 21st-century opera. As living creators of this contemporary opera, Heggie and Scheer will be in Salt Lake City for the Utah debut, and have been heavily involved in its creative reimagining from the start.

Stage Director Kristine McIntyre brings to the production her expertise in directing new, contemporary, and American works, including Jake Heggie’s “Dead Man Walking” and “The End of the Affair,” as well as a Utah Opera production of Carlisle Floyd’s “Of Mice and Men,” among other operas.

Costumes by Jessica Jahn, who last designed costumes for Utah Opera’s October 2012 “Il Trovatore,” and sets by Erhard Rom, who has designed settings for over 200 productions across the globe and whose design work has been displayed in the Prague Quadrennial International Design Exhibition and at the National Opera Center in Manhattan, will be constructed at the Utah Opera Production Studios by local Utah artisans. Ririe-Woodbury Dance Company Artistic Director Daniel Charon, who was last involved in the company’s March 2016 staging of “Aїda,” fills out the design team to inject drama and dance to the production, similar to his collaboration with Ms. McIntyre for Utah Opera’s acclaimed 2015 production of “The Pearl Fishers.”

“I’m proud to be a part of Utah Opera’s 40th Anniversary Season celebrations. It is an ideal opportunity to look back and pay homage to the legacy of founder Glade Peterson,” said Utah Symphony | Utah Opera President and CEO Paul Meecham. “Of all art forms, perhaps it is opera, with its theatrical blend of song and words, which has the most potential to express emotions in vivid, affecting colors. The collaboration of the artists assembled for Utah Opera’s 2017-18 season promises to realize spectacular live experiences for our audiences worthy of an anniversary celebration.”