When Salt Lake City entered the pandemic-induced lockdown in March, the Sackerson theater company leadership trio—cofounders Dave Sackerson and Alex Ungerman, and producer Morag Shepherd—managed the way many of us did. “We spent about a month feeling depressed,” Dave said. “But then we picked ourselves up and thought, ‘How do we go on creating art within this box we’ve been restricted to?’” The result is Cherry Wine in Paper Cups, an original, intimate, site-specific outdoor play debuting in downtown Salt Lake City on September 12. 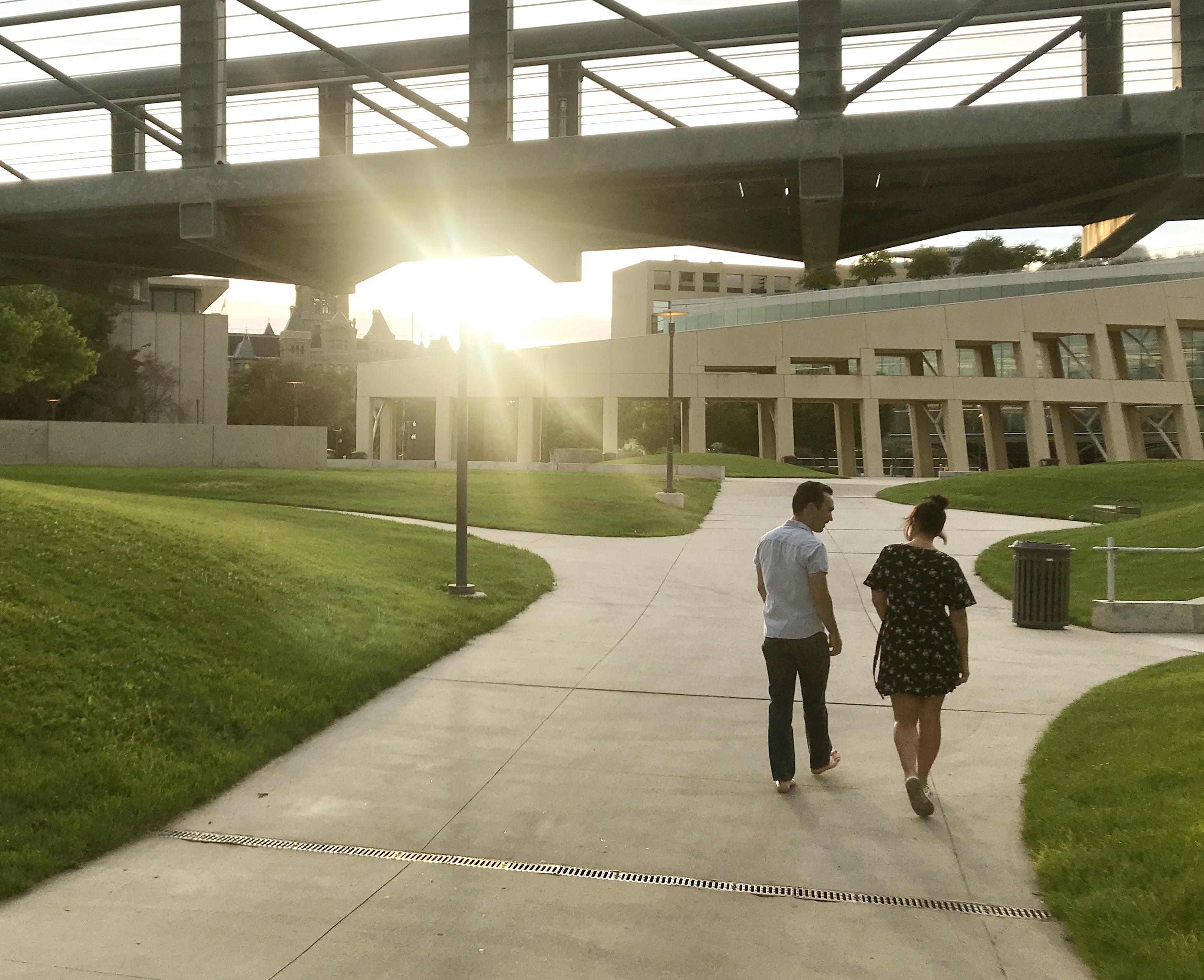 While presenting live performance within the socially distanced confines of pandemic would seem, to many, problematic at best, creating theater outside of traditional parameters is actually what Sackerson is all about. Known as ‘immersive’ or ‘experiential’ theatre, Dave describes what his namesake theater company does as “never letting the audience disappear.” This broad mandate equates to a theater experience that’s about much more than simply breaking the prototypical fourth wall. “It’s inviting them—or rather requiring them—to play an active role in the production,” he says.

Sackerson’s 2018 production of Hindsight, for example, asked audience members to board a UTA bus on downtown Salt Lake City’s State Street where, during the ride, the entire play was performed. Actors rang up ticketholders for Before the Beep, which was performed exclusively via phone. And last fall’s A Brief Waltz in a Little Room took 10 individual audience members through 11 rooms within a home, with each audience member visiting the rooms in a different sequence. A three-minute performance within each room offered a piece in the puzzle making up the life of the play’s protagonist, Walter Eyer.

For Cherry Wine in Paper Cups, the audience will be asked to don headphones and take a socially distanced seat on the lawn at Library Square Park. There they’ll be led by a narrator into the story of Taylor and Rain. “It’s sort of a love story about hope in a hopeless situation, told over the course of a few chance meetings,” Dave says.

Cherry Wine in Paper Cups, written by Sackerson producer Morag Shepherd, opens on Saturday, September 12 at 7 p.m. Tickets are $25 each and can be purchased at sackerson.org. Sales are limited to just 40 people for each 60-minute performance. This outdoor play will run weekend evenings, “as long as the weather holds and we’re selling tickets,” Dave said.

Though what this winter could hold for Sackerson is, obviously, still a big pandemic-dominated question mark, Dave says the company will spend the cold weather months developing a new plays and looking forward to finally debuting the MITE (Micro-Immersive Theater Experience) Festival, originally scheduled to run this summer, in June 2021.