An Artistic Tribute to Love

There is perhaps no symbol that represents love more succinctly or simply than a heart. Which is one of the reasons why Emily Nicolosi chose this universal silhouette for koro loko, her jubilant sculpture installation, on display now in THE BLOCKS at the Gallivan Center.

Nicolosi, whose day job is as a research assistant professor within the University of Utah’s Department or Geography, has always been a painter. But after attending Burning Man, an annual celebration of art and free expression in the remote Nevada desert, her perspective changed. “A painting is something you look at, but not experience,” she says. “Burning Man art is very interactive and it inspired me to make the leap from painting to installations.” 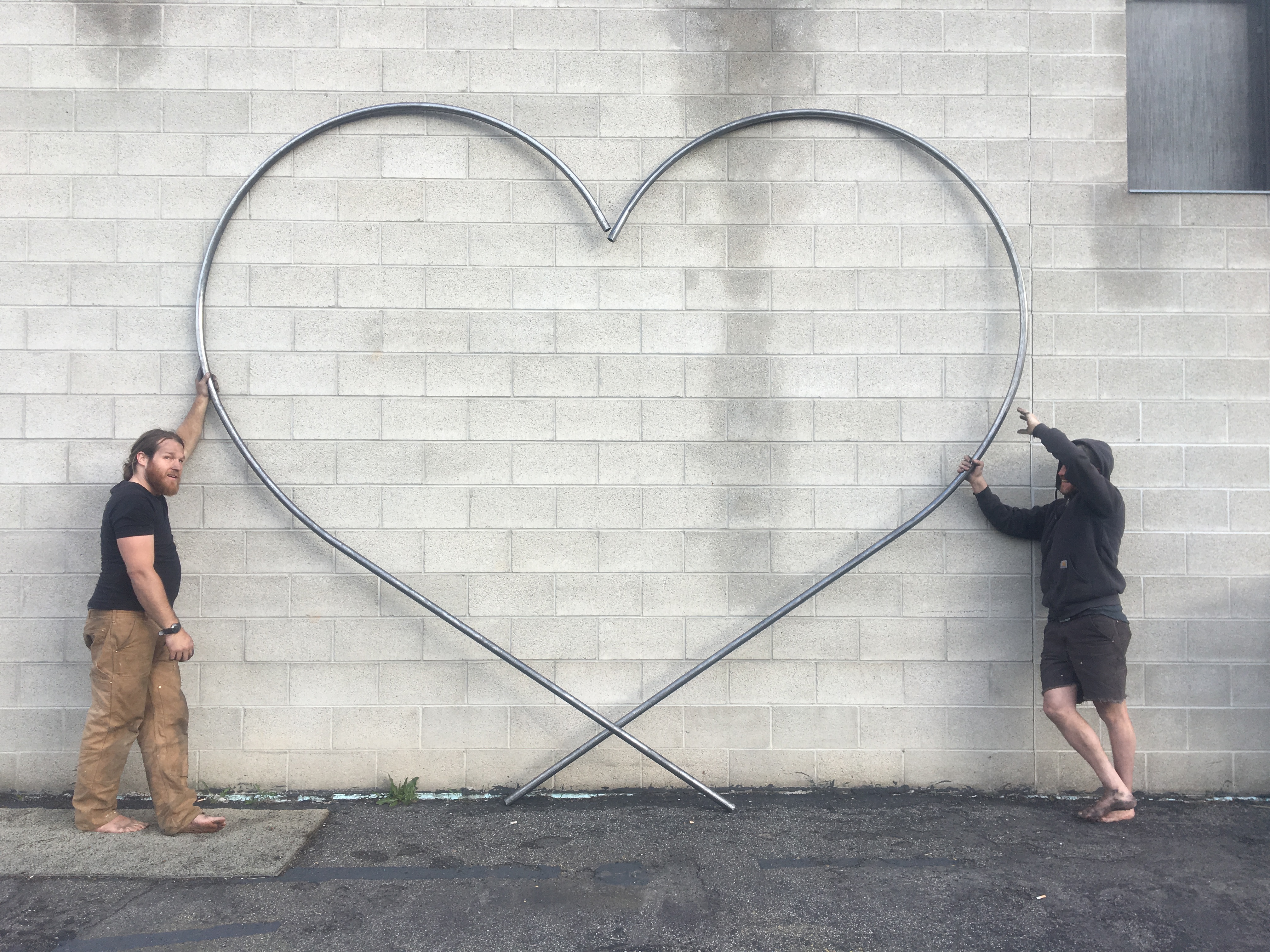 Then, while she was in her last year of graduate school, Nicolosi’s mother passed away. “I was devastated and felt like I needed to do something,” she says. So, from within her grief, Nicolosi concepted koro loko, “a sanctuary to reflect on the action of love,” named for the Esperanto words meaning heart place, with the intent of displaying it at Burning Man. Once the design was complete, she launched a Kickstarter campaign to help cover the costs of building the installation.

With help from her husband, Ian Nicolosi, friend, Steve Wong, and a team of many volunteers, construction began of the twelve-foot tall and wide koro loko with a steel frame, engineered to stand on the heart-shape’s point. The team used PVC ribbing to provide support and give the heart its plump dimensionality. And then, with copper wiring, they connected more than 2,000 dichroic acrylic squares that reflect the full spectra of color depending on the light and angle. “The design took a lot of trial and error,” Nicolosi says. “and the hard work of an amazing crew of volunteers.”

The team displayed koro loko, complete with viewing benches and solar-powered lights, at Burning Man 2019. “I thought they’d place us somewhere in the deep playa [the desert floor where Burning Man is staged],” Nicolosi says. “But our assigned spot was right in front of the actual Burning Man effigy.” During that week at Burning Man, Ian and Emily were married against the backdrop of koro loko.

Emily, Ian, Steve and crew continue to make interactive art and have spent many nights and weekends through the pandemic working on their latest project, The Prism of Possibilities, which represents a merger of Nicolosi’s artistic talents with her professional research and deep concern for the environment. “It’s an interactive and immersive exploration of multiple possible future climate scenarios depending on humanity’s actions to curb greenhouse gas emissions, based on the most recent findings of the Intergovernmental Panel on Climate Change,” she says. Nicolosi received a Burning Man Honoraria Grant for Prism of Possibilities and is also working with local arts organizations in hopes of installing the finished piece somewhere in Salt Lake City after taking it on the road to the next Burning Man.

In the meantime, you can check out koro loko, Nicolosi’s loving tribute to her mother and wish to everyone to “take time to think about what it means to really love each other,” at the downtown Salt Lake City’s Gallivan Center Plaza (239 S. Main St.) until May 2021.