Earlier this spring, while working on a story about a cool, new downtown development, I learned the backstory about a tidy little brick building with white Victorian trim located just east of State Street at 241 S. Floral St. The so-called Cramer House was built by Christopher Cramer, a Danish immigrant who arrived in Salt Lake City in the 1860s. He and his family lived on the second floor; the first-floor housed his flower shop. The Cramer House is one of just two single-family residences remaining in the downtown area and has been on the National Register of Historic Places since 1982. Before learning its history, it’s safe to say that I’d driven or walked past the Cramer House more than 100 times since I moved to Utah more than 20 years ago. And not once had I given it a second thought. Now, however, whenever I’m in the area, I picture the fields of tulips and greenhouse that once shared the block where the Cramer House still stands today.

No doubt, finding out more about seemingly mundane landmarks casts any city—including Salt Lake City—in a richer light, and gives us a more intimate connection to a place. Which is why Jeremy Pugh and Mary Malouf teamed up to pen Secret Salt Lake: A Guide to the Weird, Wonderful, and Obscure. “This book isn’t about secrets, per se,” explained Pugh. “We tried to capture those stories about Salt Lake City that are typically passed around through word of mouth and then research and verify them as best as we could. We hope the book provides a filter of sorts for people to see this really cool layer of Salt Lake City that they weren’t aware of before.”

Secret Salt Lake includes around 85 little-known tidbits about Utah’s capital city and its environs. Since Utah was founded by members of the Church of Jesus Christ of Latter-day Saints fleeing persecution in the Midwest, much of the history revealed in Secret Salt Lake is tied to the Mormons. “I think anyone will get a kick out of this book, but I think it is particularly useful to transplants who didn’t grow up hearing these Mormon-related stories the way lifelong residents do,” Pugh says. A couple of the piece of the lore included in Secret Salt Lake that particular to the downtown area include:

For anyone scratching their head and wondering, “Huh?” when they see the bronze Seagull Monument in front of Assembly Hall on Temple Square, you’re not alone. While these annoying scavengers are the universal bane of beach picnickers and boat owners alike, they apparently are responsible for saving the early Mormon pioneers’ lives. As the story goes, the pioneer farmers had just planted their crops when a horde of katydids, known around here as Mormon crickets, arrived and began eating everything in their path. The farmers immediately prayed for a miracle and, before the insects could consume all of the following year’s foodstuffs, a great flock of seagulls swooped down on the fields and, in turn, ate the pesky crickets. This monument serves not only in tribute to the ravenous seagull—but to Utah’s state bird, the (more than a little ironic) California gull. 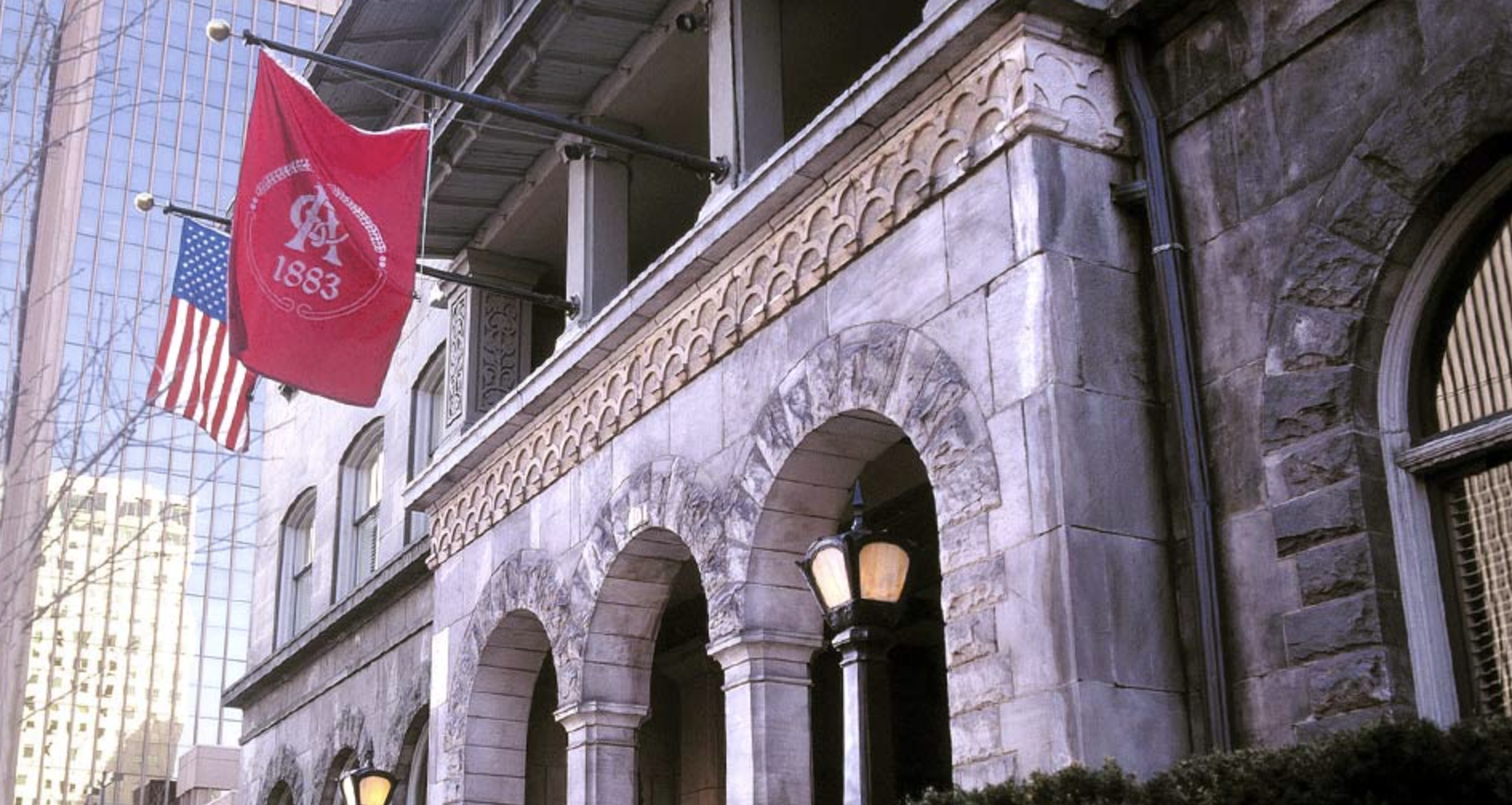 Another is this one: soon after the Mormons arrived in Utah in 1847 and settled in the Salt Lake Valley, the silver prospectors followed. And when silver veins were discovered in the mountains around Park City and Alta, next came the mine investors, many of whom made vast fortunes in precious metals extraction here. The Silver Barons used much of their wealth to build mansions along Salt Lake City’s South Temple Street (formerly known as Brigham Street)—one of which is now the Governor’s Mansion. In 1883, the silver-fueled “nouveau riche,” most of whom were not Mormon, formed a gentlemen’s social club they dubbed Alta Club. The club was housed in a couple of shared-space downtown locations until 1897 when, in an apparent nose-thumbing to Utah’s religious majority, when it began construction of a club meeting house at 100 E. South Temple, directly across the street from the home of then Mormon church president Brigham Young. The clubhouse was completed in 1898, where the Alta Club remains active and in the same building today (Membership is now open to both men and women.), which houses a restaurant, lounge, fitness center, private meeting rooms and guest rooms. Young’s home now houses the Lion House Pantry restaurant.

Both Pugh and Malouf are well-known and respected members of Utah’s writing community. Malouf is best known as an entertaining and authoritative food writer and critic; while Pugh is well-established in touting all things Utah, a skill he leaned on in his first book, 100 Things to Do in Salt Lake City Before You Die. Prior to co-authoring Secret Salt Lake, Pugh and Malouf had worked together for many years as editors of Salt Lake Magazine, up until Malouf passed away in late 2020.

Call for Entries: Exhibitions on Main 2021/2022
How JOYMOB is Creating a Much-Needed Platform for Human Connection