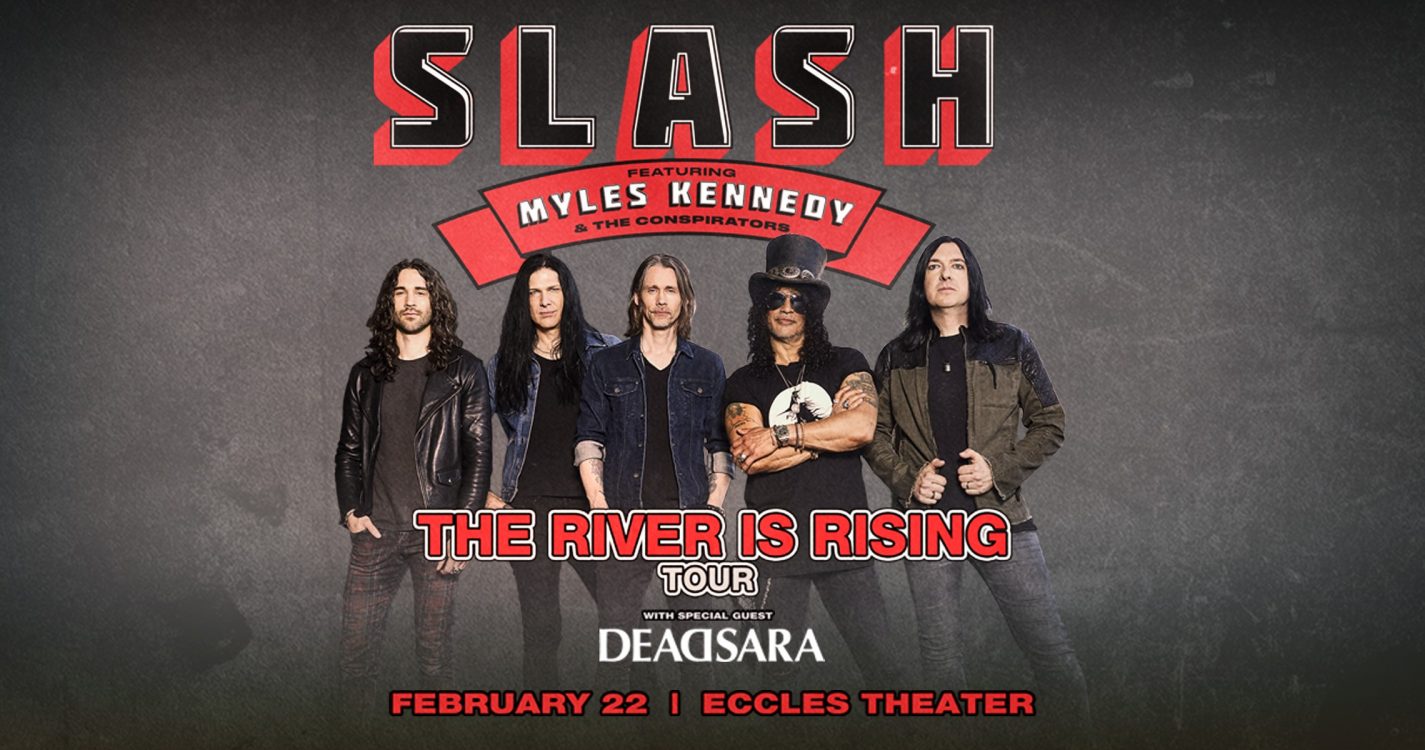 Live at the Eccles presents SLASH featuring Myles Kennedy and the Conspirators on Tuesday, February 22, 2022 at the Eccles Theater on Main Street in downtown Salt Lake City. ArtTix is the official source for tickets for Live at the Eccles events. Please note that all fans must present proof of COVID vaccination or a negative test to attend this show.

SLASH–the iconic, GRAMMY-winning, American rock guitarist, songwriter and film producer–has amassed album sales of over 100 million copies, garnered a GRAMMY Award and seven GRAMMY nominations, was inducted into the Rock and Roll Hall of Fame and is a New York Times Best-selling author. SLASH is considered one of the greatest rock guitar players of all time and one of the most recognizable faces in pop culture worldwide. Time magazine placed SLASH at #2 (Jimi Hendrix was #1) in its list, “The 10 Greatest Electric Guitar Players.” SLASH created signature sounds like the guitar riff on #1 hits for Guns N’ Roses “Sweet Child o’ Mine” and “Welcome To The Jungle.”