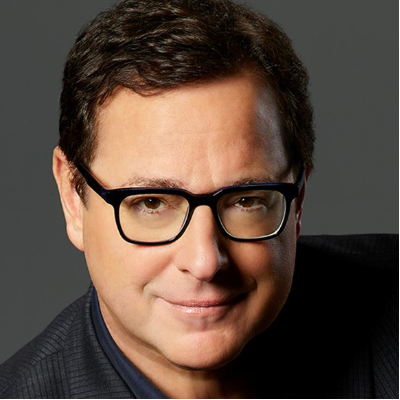 Yes, Bob Saget has starred in many successful television shows, including two of the most family-friendly shows network TV has ever produced (“Full House” and “Americas Funniest Home Videos”) but he’s also an out of his mind standup comedian for over thirty years. From his 2014 Grammy-nominated stand-up special, “That’s What I’m Talkin’ About” to his scene-stealing cameos in “Entourage,” and “The Aristocrats,” it’s always effective as Saget embraces his dark side. In January 2016, Bob completed a 9-week run on Broadway as Pastor Greg in the Tony-nominated play, Hand To God, and his first book, Dirty Daddy, is a New York Times Best Seller with Vanity Fair calling it, “Hilarious and at times heartbreaking.” Bob can be seen in the hit Netflix series, Fuller House, and he directed and will star in the upcoming independent film, Benjamin. His new hour stand-up special, Zero To Sixty, is streaming on Amazon Prime and is available to rent or buy on Amazon, iTunes and many other platforms. Bob continues touring his standup across North America.For more info visit www.BobSaget.com or look for Bob on Twitter.com/BobSaget or Facebook.com/BobSaget.