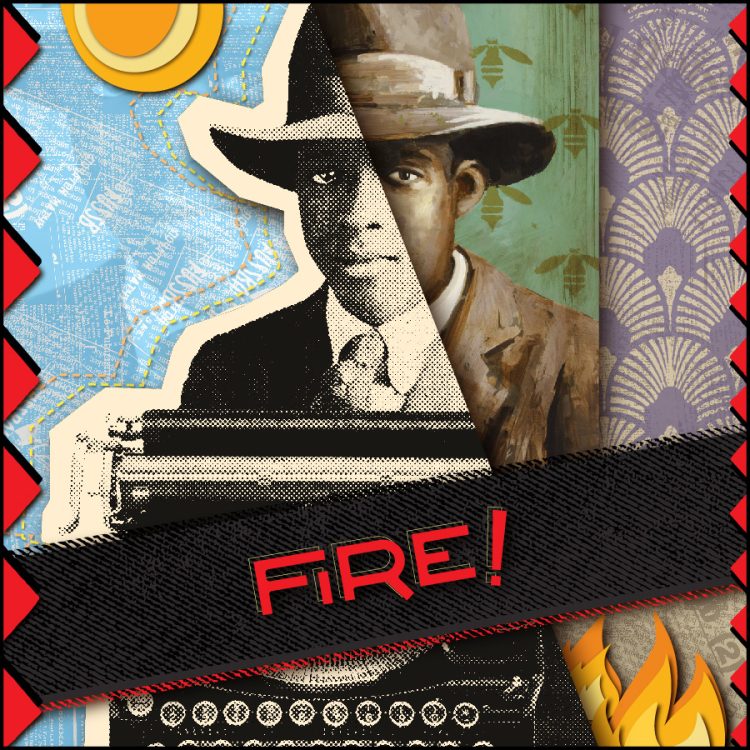 Wallace Thurman was a queer Black man in Salt Lake City at the turn of the previous century. He attended West High School, the University of Utah, and Calvary Baptist Church.

He was also the heart of the Harlem Renaissance.

And he has been erased from Utah history.

This revival of our 2010 production features Carleton Bluford (author of THE CLEAN-UP PROJECT) reprising the role of Wallace Thurman.

Playwright Jenifer Nii has previously premiered her plays THE AUDACITY, “Influencer” as part of RADIO SLAM, THE WEIRD PLAY, “Damned If I Do” and “Spam” as part of (in)divisible, KINGDOM OF HEAVEN, RUFF!, SUFFRAGE, and THE SCARLET LETTER with Plan-B.

The Wallace Thurman image embedded in Aaron Swenson's show art is Trent Call's portrait of Wallace Thurman from his 2010 show “Iconclcasts” and used with his permission.